WWhen I first spoke to As Nuwagbog, recent protests against police atrocities in his hometown of Nigeria were just in their second week. The curators were cheerful and described them as “incredible awakenings.” A week later, when we contacted again, he was more dismal after at least 12 protesters were shot dead by police at the Recce tollhouse in Lagos, the main meetinghouse for daily demonstrations. I heard it, but it wasn’t very rebellious.

“This protest is not about the’poor masses’,” he tells me. “My sister, a doctor and anesthesiologist, was active in protests. Everyone in the government has enough. The genie is out of the bottle and people’s wishes never come true. Will never come back to. “

As we talked about, the African Artists’ Foundation (AAF), a non-profit organization he founded in 2007, has a team that participates in daily protests, saying, “First aid kits, snacks, and charging trucks. By providing it, we supported photographers in the field. It has a port and a generator so that the drone can be charged and refreshed. “

Nwagbogu can be described as an outlier in his role as a curator and spokesperson for African art and photography. The familiar face, his vision, and seemingly inexhaustible energy at the International Arts Festival circuit underpin both the AAF and Lagos Photo Festivals he directs. Among his countless other projects, the recently held group show of contemporary African painting, the media is a message, in the unit London. He says its purpose is to challenge the protracted clichés of participating in black creative self-expression. “It’s not about the idea of ​​black excellence or black misery,” he tells me, “but what I call an intermediate sensibility that makes the mundane special.”

Last weekend, the 11th edition of Lagos Photo was announced. It takes the form of digitally-led exhibitions, workshops, talk programs and site-specific installations in public spaces in the city. Since its inception, the festival has been curated around ambitious themes such as Staging Reality, Documentation Fiction (2014) and Regimes of Truth (2017). Its purpose is to include visiting photographers such as Viviane Sassen, Martin Parr, Cristina de Middel and Lorenzo Vitturi, as well as African artists such as Joana Chomari, Omar Victor Diop and Lagos-based Stephen Tayo. It is to exhibit the works of emerging artists.

“For a long time, no one outside could see the work of local photographers, and they had no interaction with international photographers,” Nwagbogu elaborated. “Therefore, there were two goals from the beginning: creating a dialogue that disrupted the sense of isolation that many African artists felt, and the general place of suffering and the object of pity in Africa. It is to challenge the concept of African pessimism. “

For visiting artists like De Middel, whose guests curated the festival in 2015, Nwagbogu’s role is nothing less than a transformation. “For me, Az has a foresight to the potential of African photographers in the world scene,” she says. “He’s a bridge between African photography and the world, but it also helps us who want to work in Africa understand the layers and richness of culture that are historically simplified by Western photographers. . “

But on a practical level, how difficult was it to curate and work in Lagos? “It’s definitely different to work there,” she admits. “Plans are constantly changing, venues are canceled, prints arrive late, but somehow everything comes together. It can be a pretty extreme experience by Western standards, but how to adapt Learn some invaluable lessons about. “

This year, Nwagbogu faced additional challenges in the pandemic and faced widespread anti-government protests in the 11th hour. The opening date of the festival has been postponed for two weeks and many of the upcoming talks have been adjusted to reflect the ongoing situation. He says this last-minute shift in focus will bring about a “citizen’s approach to this year’s edition.” The theme is Rapid Response Restitution. – – A meaningful call for discussion on the return of important colonial African crafts from the collections of the Western Museum.

“When you think about what happened in terms of our artistic heritage, the analogy of the phantom limb phenomenon comes to mind. You lost your limbs, but you feel it’s still there. Well, I We know we’ve lost our heritage and we’ve lost it, but even if we walk on crutches, we can somehow continue. I’m saying drop the crutches, pain and loss. It’s time to feel. At least admit what was lost. “

To this end, the central project of this year’s festival was designed by Birds of Knowledge, a young German-based multicultural research cooperative, to “look at our home like a museum.” Home Museum is a digital exhibition. Participating photographers are selected by open recruitment, and many images often present humble objects that have been imbued with meaning throughout the history of the family for generations.

“We launched the project in nine languages, including three major languages ​​in Nigeria,” he explains. “The goal was to find objects and images that somehow told a resonating story about Africa.” Interestingly, 60% of the 300 entries submitted were from non-Africans, the continent. The link to was more complicated with respect to the colonial past. “Most of them came from people who had some connection to the continent through objects they owned or inherited,” says Nwagbogu. “For example, a Greek man sent an image of an isolated piece of his grandfather who was involved in the construction of a railroad in Africa.”

In addition to cooperating with many small local museums throughout Nigeria, including the Fela Kuti Museum in Lagos, Nwagbogu and his creative collaborator Clementia Indelisse encourage people to photograph their living space. I did. “We want to show the number of people who created African cosmology in our homes,” he elaborate. “Until the actual restoration takes place, it’s important not only to work on what’s lost, the African artwork isolated in the Western Museum, but also to look at what’s in our homes and local museums. . “

Our conversation inevitably turns into a subject of another topic. The lack of diversity and expression in the international art world remains predominantly white and privileged, despite all the lip services paid in protest by Black Lives Matter. “I would call it a virtue rather than a signal,” Nwagbogu bitterly says. “I felt that much of it wasn’t about beliefs or consciences, but about jumping into the cause and drowning everyone else in a posture.”

As a black curator, does he feel optimistic that there may be real changes in the air despite his appointments? “I personally feel unbalanced when I go to international festivals and fairs, so I hope. Going to a place like Arles’ photo festival and becoming the only black curator is not fun. My feeling is that we have to regenerate ourselves, otherwise the black curators will always be anxious and compete with each other as if there was only one superstar curator. I fall into this post-colonial spirit. I call it post-colonial co-eating. This feeling makes me feel so exceptional that I don’t want others to enter. There is no real future in it. The only way to move forward is to bring people with you. “

“We have lost limbs”: As Nuwagbog, a visionary curator who brings African art home | Art and Design

Source link “We have lost limbs”: As Nuwagbog, a visionary curator who brings African art home | Art and Design 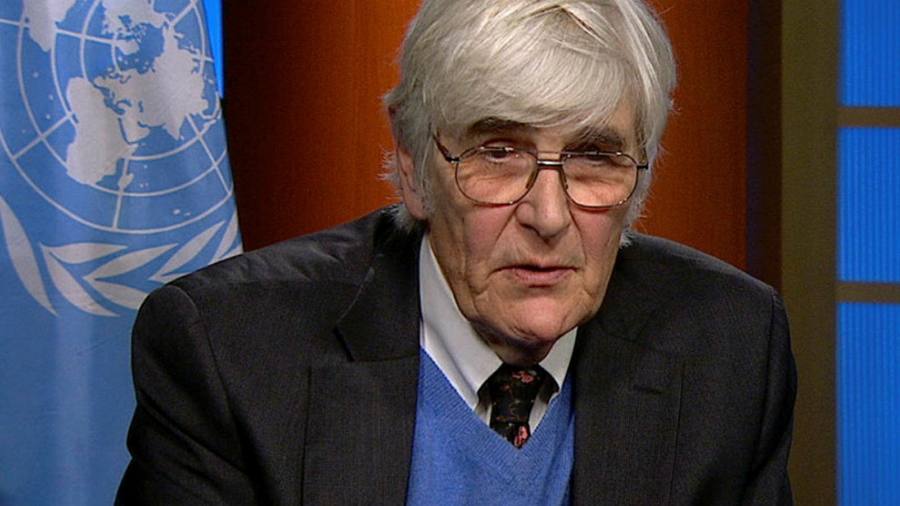 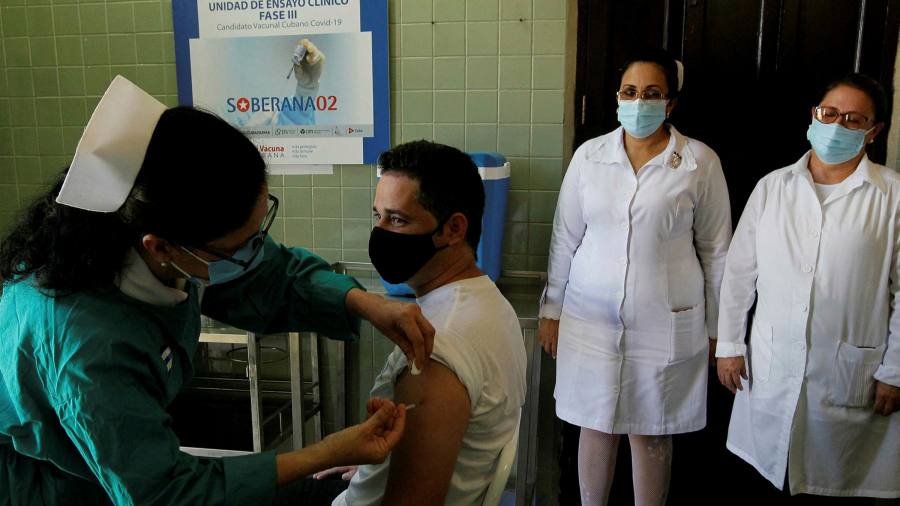