BUDGET 2021: WHAT WE ALREADY KNOW RISHI WILL ‘REVEAL’ TODAY

The Government has already announced spending worth more than £30billion which Rishi Sunak will confirm at the Budget later today.

Below is a breakdown of some of the most notable funding pledges:

Rishi Sunak will today vow to create a ‘new age of optimism’ after Covid as he is handed Budget firepower with growth forecasts set to be nearly doubled.

The Chancellor has a bit more money to deploy due to the strong bounceback from the pandemic – with the independent Office for Budget Responsibility expected to say UK plc will grow by 7 per cent this year instead of the 4 per cent it pencilled in in March.

The ferocity of the global recovery has sparked materials and labour shortages, causing inflation to surge and posing other serious headaches for the government.

But as a result borrowing so far this year is well over £30billion below previous estimates, and the long-term damage to the British economy could be less than originally feared.

Rumours are swirling that Mr Sunak will deploy some of the headroom to ease the pressures on families and businesses from raging inflation and supply chain chaos.

He has already declared that the minimum wage will be hiked, and the public sector pay freeze is being axed.

There is speculation of a boost to universal credit when he unveils the full fiscal package this afternoon, while alcohol duty could be cut to help pubs.

However, the Chancellor has also stressed the need to balance the books after the £400billion cost of the pandemic, with Tories raising alarm about the massive £2.2trillion debt and the looming threat of inflation driving up interest rates.

Mr Sunak will hail his Budget as ushering in a ‘new economy’ after the pandemic as he confirms billions of pounds for the NHS and wage rises for millions of workers.

During his speech, Mr Sunak is expected to say: ‘Today’s Budget begins the work of preparing for a new economy post-Covid. An economy of higher wages, higher skills and rising productivity of strong public services, vibrant communities and safer streets.

‘An economy fit for a new age of optimism. That is the stronger economy of the future.’

The easing of lockdown restrictions and the vaccine rollout mean the economy is in better shape than was expected at the time of the last financial statement in March.

Growth forecasts for this year will be revised from 4 per cent potentially to as high as 7.5 per cent.

The OBR watchdog’s prediction for the ‘scarring’ from the pandemic – the permanent loss to the economy – could also be lowered.

That will give Mr Sunak more leeway to pump money into public services as he sets out spending plans for Whitehall departments for three years.

However, the biggest-ticket item – the £12billion a year NHS and social care boost funded by an eye-watering national insurance hike – has already been revealed last month.

In a further positive bit of news for Mr Sunak, there are claims today that the chances of ‘Plan B’ Covid restrictions have fallen dramatically after the surge in cases levelled off.

On a big day in Westminster:

In the Budget today, Rishi Sunak will declare Britain is ready to enter a ‘new age of optimism’ and a ‘post-Covid’ economy. Pictured with chief secretary Simon Clarke in the Treasury The government borrowed another £21.8billion in September, but so far this year borrowing is well over £30billion less than the OBR had expected due to the strong Covid recovery The headline CPI rate of inflation was 3.1 per cent in September, down slightly from the 3.2 per cent recorded in August. However, the Bank of England expects it to top 4 per cent in the coming months

Energy bills will shoot up by at least £100 next year – or possibly £200 – because of the failure of suppliers, the boss of British Gas owner Centrica yesterday warned.

A total of 16 energy suppliers have gone bust so far this year because of soaring wholesale gas prices. It has been predicted as many as 20 more will fail in the next few weeks. The price cap on tariffs means that energy companies are paying more for gas and electricity than what they are allowed to charge customers.

Centrica chief executive Chris O’Shea told the House of Lords yesterday that the shortfall would cost ‘every single home in the UK’ £100.

He added: ‘It’s not unreasonable to expect that to double in the next few weeks…’

The Treasury has pledged green investment and policies to take advantage of post-Brexit freedoms and has touted nearly £7billion of new funding for local transport.

Mr Sunak will also set out new fiscal rules, which are expected to include a commitment to stop borrowing to fund day-to-day spending within three years.

It is thought he will also require government debt, running at about 100 per cent of gross domestic product, to start falling by 2025.

Office for National Statistics figures showed last week government borrowing was far lower than forecast in the first half of the fiscal year.

The budget deficit was £108.1billion between April and September, almost 30 per cent below predictions. However, Mr Sunak will strike a note of caution about how servicing the debt could become much dearer if prices rise.

In March, he pointed out that a 1 per cent rise in interest rates and inflation would cost us over £25billion, adding: ‘Over the medium term, we cannot allow debt to keep rising, and, given how high our debt now is, we need to pay close attention to affordability.’

Ministers have been under huge pressure to reverse the decision to end the temporary £20-a-week uplift to Universal Credit, which was introduced during the pandemic.

Although the government has ruled out bowing to those demands – despite Andy Burnham suggesting this morning they would – many expect the Chancellor to make the benefit more generous.

That could mean cutting the taper rate – the proportion of handouts people lose once they are over their minimum work allowance – to 60p in the pound from 63p.

Former cabinet minister Robert Jenrick, sent out to bat for the government in interviews this morning, said the Chancellor has been thinking carefully about the pressures on families.

But he insisted that while there are ‘reasons for optimism’, Mr Sunak still has to contend with rising inflation and a global supply chain shortage.

‘I think the OBR forecasts are going to show the economy has grown substantially therefore we are borrowing much less as a country, and that gives the Chancellor more room to invest in the future of public services like the NHS,’ Mr Jenrick told Sky News.

‘But I think he is also going to have to think carefully about people on the most modest incomes and how he can help them in what is undoubtedly still going to be a difficult period when we are seeing inflation rising, higher energy prices and so on.’

Rishi Sunak’s deputy today revealed he will not be joining the traditional pre-Budget photocall because he suffers from agoraphobia.

Chief Secretary to the Treasury Simon Clarke said he was ‘looking forward to explaining’ the fiscal package and spending review later.

But Mr Clarke, who was promoted to the role in the reshuffle last month, explained that he would not be facing the cameras outside No11.

‘I won’t be outside for the photos in Downing Street as I live with agoraphobia – which prevents me being comfortable in some open spaces – but will be busy in Parliament and out in the country,’ he said.

‘Unlike the Tories, we wouldn’t hike taxes on working people and we’d ensure online giants pay their fair share.’

She added: ‘Labour would ease the burden on households, cutting VAT on domestic energy bills immediately for six months, and we would not raise taxes on working people and British businesses while online giants get away without paying their fair share.’

Tory MP Sir John Redwood said: ‘When do we get the plans to run down the one off pandemic spending? Where is the plan to run railway services for the new pattern of working, to drive down the huge losses? Government needs to spend wisely.’

In March, the OBR warned that by 2025-6 the economy will still be 3 per cent smaller than it would have been if the pandemic never happened.

Unemployment was expected to peak at 6.5 per cent, but that was down from the bloodcurdling 11.9 per cent predicted in July last year.

By 2026-7 the central forecast is that it will be over £2.8trillion and still bigger than the economy’s annual output.

The OBR estimated that by the end of its forecast period the government’s deficit will be almost eradicated, at £900million, finally stopping debt rising. Mr Sunak will confirm a rise of minimum wage to £9.50 from April however, it was warned that a new inflation forecast could reduce household incomes by £1,000 next year. Pictured: A can of Sprite and a Twix next to Rishi’s red box, he said was his ‘pre-game routine’ for the Budget Sir Lindsay Hoyle, Commons Speaker, (pictured) complained Mr Sunak was treating MPs in a ‘discourteous manner’ by pre-briefing some of his Budget announcements and said announcements should be to MPs first rather than the media No time for flip-flopping, Chancellor!

Rishi Sunak teamed a pair of socks with £95 ‘sliders’ as he put the final touches on his Budget.

In glossy photos released by the Treasury, the Chancellor could be seen sporting the American-style shoes, made by fashion label Palm Angels.

‘Sliders’ are similar to flip flops but without a central toe post, and popular with sports stars.

Another photo showed a can of Sprite and a Twix bar next to his red box – after the Chancellor said he would eat the sugary snacks as his ‘pre-game routine’ pre-Budget.

But the Chancellor, who is teetotal, will not enjoy a sharpener like some of his predecessors as he delivers his speech in the Commons today. The ‘Ember’ smart mug, a Christmas present from his wife, keeps hot drinks such as tea or coffee at the exact same temperature for up to three hours and comes with its own charging coaster.

Labour’s child poverty spokesman Wes Streeting said last night: ‘I don’t care if the Chancellor chooses to spend £95 of his money on a pair of flip-flops, but I do care that he’s so out of touch that he doesn’t understand the impact of taking £20 a week off low-paid workers and what it means for 200,000 kids pushed into poverty by his policy.’ 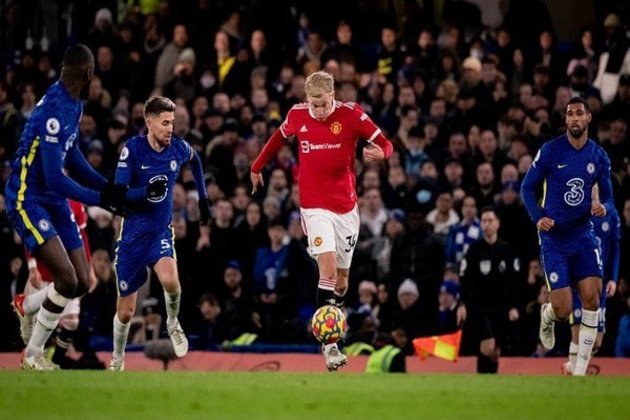