2020 and 2021 were the biggest years yet for the proliferation of remote work. Millions of people in the UK and across the world made the shift into the digital frontier and experienced the advantages of this type of employment for themselves. Despite being a hit with most workers, 2022 marks a year of decline for remote work. While some doomsayers say this could indicate the end of remote work due to its shortcomings, there are other predictions that 2022 is more of a slight adjustment period as the remote work environment settles.

The Issues of Remote Work

The most profound issues with remote work are often overstated, relaying issues of security and work ethic that can be easily addressed. Among the most common concerns are little things like the common password use as explored in this ExpressVPN article. Too often users will lean on basic passwords like “123456”, or default system passwords such as “webhompass” in Denmark. These can be fine in a closed-office environment, but working from home over the internet necessitates a more involved approach, which can be accomplished with little effort.

Similarly, productivity concerns are also often touted by those with a vested interest in keeping workers busy at an office. As noted by Forbes, these complaints are also often overstated, as productivity in remote work scenarios has shown to be just as high or higher than with traditional work systems. On the other hand, remote work also makes it more difficult for middle management to exercise their power or ‘borrow’ ideas from subordinates, as many workers have experienced first-hand.

Together it’s the overstated issues like these that are now starting to push workers back into physical business work. Though not all issues about remote work are as shallow as the above examples, the statistics and advantages of remote work don’t lie, which makes the reduction in remote work opportunities all the more problematic. 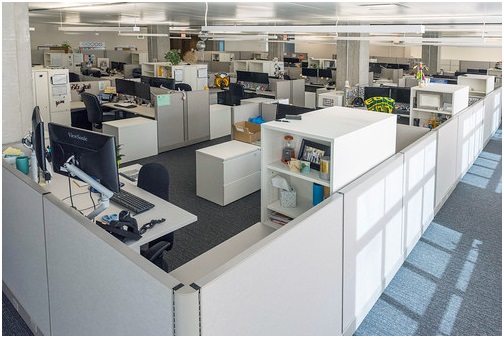 According to a long-held belief backed by research from the University of Oxford’s Business School, a happy worker is a productive worker. 13% more productive, in fact, according to the study which was performed in several telecom contact centres over six months. This alone should be enough to convince employers that remote work is worth the leap, but it’s just scratching the surface of remote work positives.

The following aspects also tie into the advantages of remote work:

Though it took time for these advantages to be taken seriously, the cat-out-of-the-bag scenario of the early 2020s could well have laid the foundation for what is to come.

While we’d expect the industries which truly need in-person employment to go back to the office, the stage for better remote work accessibility has now been set for future generations. The advantages of financial savings, employee happiness and health, and pollution reduction are too great to overlook otherwise. Make no mistake, the 2020s will be the decades that remote work found its place, and the businesses that refuse to evolve could end up dying out.